The Student Representative Council, affectionately known as the SRC, is a program which actively involves students in their own education and welfare, develops leadership skills and empowers students to make a positive contribution to the school community (Peer Support Foundation 2006). 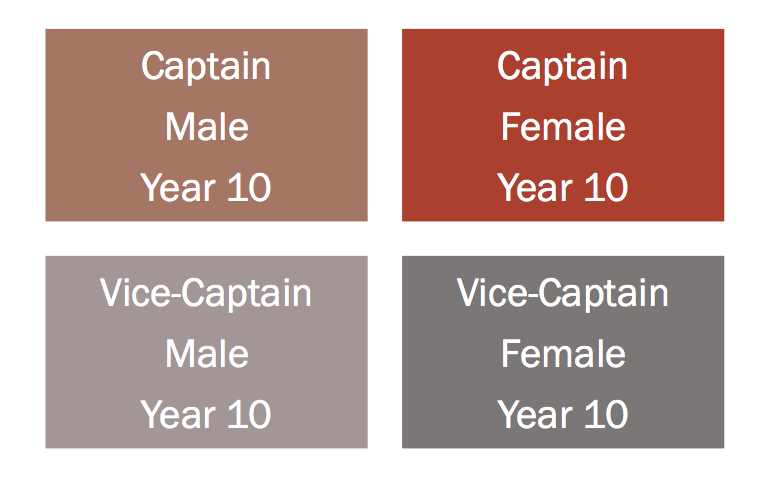 The house captains are comprised of a year 10 female and male captain, and a year 9 female and male vice-captain for each of the four houses at Stromlo High School - Cooleman Crocodiles, Oakey Redbacks, Reef Sharks and Taylor Tigers.

Students who wish to become a House Captain of Vice-Captain must write an application and are selected by the panel on the basis of their application's merit. The House Captains attend major school events and build pride and community within their House. The students also work closely with the PE faculty to provide sports reports at assemblies and encourage participation and enthusiasm for sport at the school.

The SRC is comprised of 16 students: 4 students from Year 7, Year 8, Year 9 and Year 10. Students who are interested in being elected as an SRC Representative need to submit an application at the beginning of the year, outlining why they would like to be on the SRC and what they would aim to do in that role.  All the applications are then shortlisted before the voting takes place. Each year level holds their own elections where students can vote democratically for the applications that they feel will best represent the student body.

The functions of the Student Representative Council are varied and include:

The Student Representative Council promotes activities such as dance parties, school initiatives and fundraising in the interest of creating a safe school environment and a positive school culture.

Money that is raised by the SRC throughout the year is used for student driven projects across the school, to assist charities and for students to take part in leadership development programs. In recent years some of the money has been spent on improvements around the school, and other initiatives such as house bins and the new trophy for the school's house competition.

More information about School Boards can be found here.